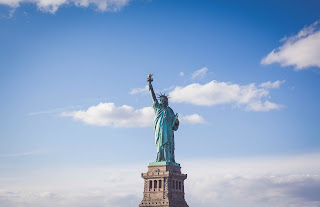 Photo by Ferdinand Stöhr on Unsplash

Washington is a vote-by-mail state and ballots for the General Election were mailed October 20. In order to be counted, completed ballots must be post marked no later than Election Day or returned to a ballot drop box by 8PM on Election Day. You can find more details about voting by mail here. 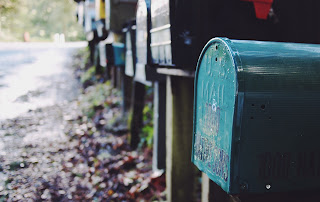 Photo by Daria Nepriakhina on Unsplash

How can you get reliable information about candidates and issues to inform your vote?
Voting is complicated! There are many different candidates and ballot issues. It can be helpful to talk about voting with your friends and family—but your vote is yours alone, and you don’t have to share how you vote with anyone.

Voters Pamphlet
When you’re deciding about candidates and issues, it can be helpful to refer to materials like the Voters Pamphlet which is put together by the Secretary of State. The Pamphlet has non-partisan information, including pros and cons about ballot issues, as well as information supplied directly by campaigns (like statements written by candidates running for office).

Newspaper Endorsements
You can also get a quick guide to an election by reviewing endorsements in your local newspaper. The newspaper’s editorial board will endorse candidates and issues, and will usually give a brief overview of why the newspaper is endorsing one person (or side) over another.

While big newspapers like The Seattle Times will include endorsements for statewide issues and candidates, regional newspapers (like The News Tribune in Tacoma and The Columbian in Vancouver) will provide better coverage about elections specific to that area (such as school board candidates, county measures, etc.). It’s okay if you don’t personally subscribe to any newspapers—you can always drop by the Library and read newspapers in person, or use our online databases to access news articles from home. 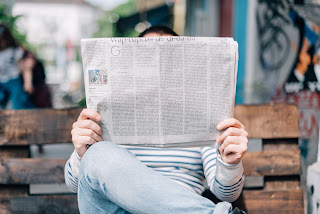 Photo by Roman Kraft on Unsplash

Campaign Websites
Most candidates running for elected office have websites with information about their experience and their position on local issues. Be careful, though—any information supplied directly by a candidate or an organization sponsoring a ballot issue will be designed to get you to vote in their favor!

Voter Turnout
Only a fraction of eligible voters participate in elections. In November 2015, 38% of registered voters in Washington State participated in the General Election. In November 2016, turnout was much higher because of the Presidential Election—79% of registered voters in Washington cast ballots. You can find more details about Voter Turnout by Election on the Washington Secretary of State website.

Can you take a selfie of your ballot?
Sometimes people like to show off their completed ballot on social media. According to the Secretary of State website, this is okay in Washington State as long as you are not doing it for a purpose prohibited by law (like proving that you voted a certain way because someone paid you to do it). See more election FAQs here.

Want more information about voting in Washington State?
Check out the Secretary of State website, or your local county elections department.