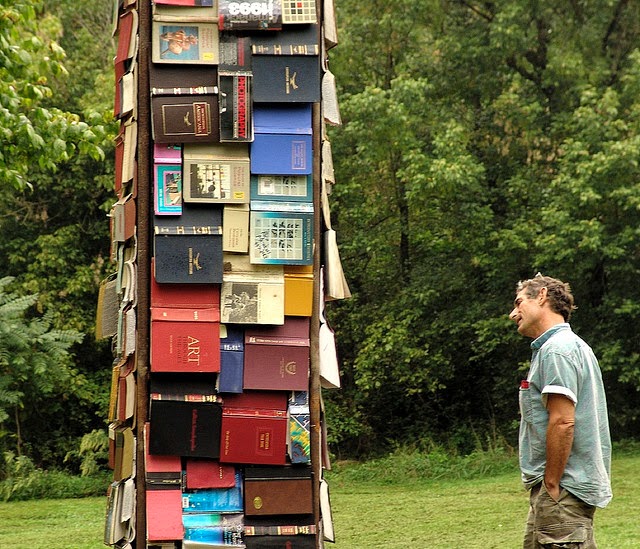 If you are looking for a novel to read this summer, check out these current books in Holman Library.

The Lowland by Jhumpa Lahiri: “Brothers Subhash and Udayan Mitra pursue vastly different lives--Udayan in rebellion-torn Calcutta, Subhash in a quiet corner of America--until a shattering tragedy compels Subhash to return to India, where he endeavors to heal family wounds.” 813.5 L183l 2013 Main Collection

Picture Me Gone by Meg Rosoff: “Twelve-year-old Mila travels with her father to upstate New York to visit friends and family, who may lead them to clues to the whereabouts of her father's best friend, who has gone missing.” 813.6 R822p 2013 Main Collection

Homeland by Cory Doctorow & next year’s One Book: “When Marcus, once called M1k3y, receives a thumbdrive containing evidence of corporate and governmental treachery, his job, fame, family, and well-being, as well as his reform-minded employer's election campaign, are all endangered.” 813.6 D637h 2013 Main Collection

Darius & Twig by Walter Dean Myers: “Two best friends, a writer and a runner, deal with bullies, family issues, social pressures, and their quest for success coming out of Harlem" 813.5 M996da 2013 Main Collection

Amy Falls Down by Jincy Willett: “The endearingly bitter writer, Amy Gallup, 60, has happily isolated herself from the world spending the last two decades teaching and reviewing. She has done a lot of thinking, but very little writing. On an unassuming morning, in her slippers, Amy trips in her backyard, goes head-over-heels, and into the side of a birdbath. She knocks herself out just hours before she's scheduled to play the role of has-been local writer, none too excited about the newspaper interview she's agreed to give. But her head injury leads her to be interpreted as a rambling genius… This novel is a mirror into today's publishing world, a humorous roman-a-clef about a bitterly uninspired writer…” 813.5 W713a 2013 Main Collection

Home by Toni Morrison: “When Frank Money joined the army to escape his too-small world, he left behind his cherished and fragile little sister, Cee. After the war, his shattered life has no purpose until he hears that Cee is in danger. Frank is a modern Odysseus returning to a 1950s America mined with lethal pitfalls for an unwary black man. As he journeys to his native Georgia in search of Cee, it becomes clear that their troubles began well before their wartime separation. Together, they return to their rural hometown of Lotus, where buried secrets are unearthed and where Frank learns at last what it means to be a man, what it takes to heal, and--above all--what it means to come home.” 813.5 M882h 2013 Main Collection

Americanah by Chimamanda Ngozi Adichie: "A young woman from Nigeria leaves behind her home and her first love to start a new life in America, only to find her dreams are not all she expected." 823.92 A235a 2013 Main Collection

Fault in our Stars by John Green: “Sixteen-year-old Hazel, a stage IV thyroid cancer patient, has accepted her terminal diagnosis until a chance meeting with a boy at cancer support group forces her to reexamine her perspective on love, loss, and life.” 813.6 G796f 2012 Main Collection

Are movies your thing? We have lots of great entertainment! Newly added: 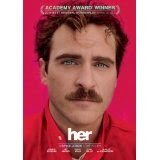 Her (2013) Spike Jonze: “Set in Los Angeles in the slight future, Theodore, a complex, soulful man who makes his living writing touching personal letters for other people. Heartbroken after the end of a long relationship, he becomes intrigued with a new, advanced operating system, which promises to be an intuitive and unique entity in its own right. Upon initiating it, he is delighted to meet "Samantha," a bright, female voice who is insightful, sensitive and surprisingly funny.” 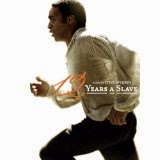 12 Years a Slave (2013): "Based on the true story of Solomon Northup. It is 1841, and Northup, an accomplished, free citizen of New York, is kidnapped and sold into slavery. Stripped of his identity and deprived of all dignity, Northup is ultimately purchased by ruthless plantation owner Edwin Epps and must find the strength within to survive." 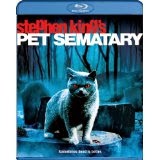 Pet Sematary (2006) (written by Stephen King): "After moving to an idyllic home in the countryside, life seems perfect for the Creed family ... but not for long. Louis and Rachel Creed and their two young children settle into a house that sits next door to a pet cemetery--built on an ancient Indian burial ground. Their mysterious new neighbor, Jud Crandall, hides the cemetery's darkest secret ... until a family tragedy brings the secret to life. Now, an unthinkable evil is about to be resurrected." 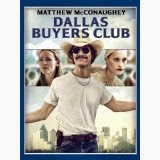 Dallas Buyers Club (2013): "Texas cowboy Ron Woodroof's free-wheeling life was overturned in 1985 when he was diagnosed as HIV-positive. Shunned and ostracized by many old friends and bereft of government-approved medicines, he decided to take matters in his own hands, tracking down alternative treatments from all over the world by means both legal and illegal. Bypassing the establishment, he joined forces with an unlikely band of renegades and outcasts and established a hugely successful "buyers' club."

Nebraska (2013): "After receiving a sweepstakes letter in the mail, a cantankerous father thinks he's struck it rich and wrangles his estranged son into taking a road trip to claim the fortune. Getting waylaid in the father's hometown in Nebraska, the son tries to reconnect with his impenetrable father."

King Kong (2005): "In the 1930s, a down-on-her-luck actress accompanies an over-ambitious filmmaker on an expedition to a remote island. There they encounter a terrifying giant ape who forms an attachment to the beautiful actress. Hoping to win fame and fortune, the filmmaker brings the ape back to New York City for public exhibition, with catastrophic results."

Shaun of the Dead (2004): "When flesh eating zombies go on the hunt for a bite to eat, it is up to Shaun and his best pal to save their friends and family from becoming the next entree."