Maya Angelou belongs to the ages 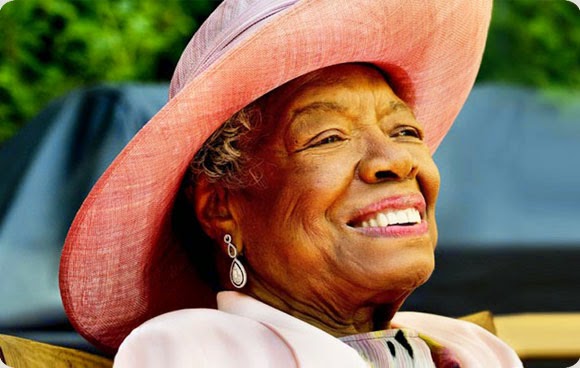 
Angelou died recently at her home in Winston-Salem, North Carolina. She was 86.
Upon her passing, President Barack Obama said: "Michelle and I join millions around the world in remembering one of the brightest lights of our time: a brilliant writer, a fierce friend and a truly phenomenal woman."

Angelou's artistic work influenced generations of readers, and she honored our campus as a recent guest of the Artist & Speakers Series.

Some random facts from a life well lived:
Perhaps her most famous contribution to literature, "I Know Why the Caged Bird Sings," was a stark portrayal of racism. Part of Maya Angelou's legacy is this beautiful transmutation of ugliness into beauty:


"A free bird leaps
on the back of the wind
and floats downstream
till the current ends
and dips his wing
in the orange sun rays
and dares to claim the sky.
But a bird that stalks
down his narrow cage
can seldom see through
his bars of rage
his wings are clipped
and his feet are tied
so he opens his throat to sing."
Posted by Holman Librarian at Monday, June 02, 2014