The Death of News? 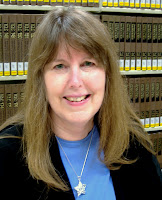 “During 2011 and 2012 I noticed that the Newsweek issues had diminished in size significantly. So much so that I could fit a whole year into one of the “pan files” in the periodical area (instead of two, which had always been the case). So, I guess you could say I saw it coming. The demise I mean.”

Newsweek was a hugely successful print magazine that was established in 1933 and grew to serve millions of readers who subscribed to it's print editions or purchased them weekly at any newsstand. 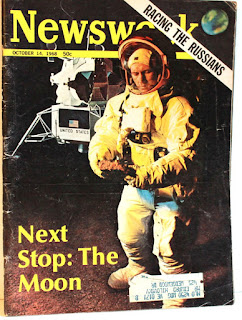 Newsweek Magazine was a fixture in the periodical racks of the Holman Library. Until now. The Dec. 31 2012 issue marked the end of this American media institution. 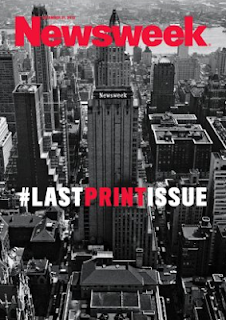 $40 million dollars in annual losses stopped the presses, and underlined the point that print magazines are increasingly being superseded by the Internet. As Newsweek editor Tina Brown said:

“You cannot actually change an era of enormous disruptive innovation…You can’t turn back what is an inexorable trend.”


For Newsweek to remain relevant, publishers decided that they had no choice but to adapt Newsweek to an all-digital format, called Newsweek Global, hoping readers will continue to pay for Newsweek as a digital magazine.

See our Holman Library subject guide for more on the changing landscape of news.