During April 2012 winning poems from the Green River Community College Poetry Contest will be displayed in the Library. 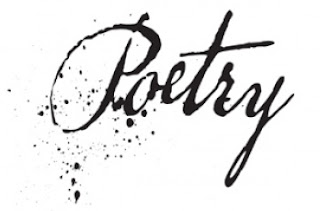 Check out a few of those great poems here:
"How it goes"

It didn't last long,
The winter drags on,

We beg for the summer,
but it never comes,
and we wait in the cold,
it goes, on-and-on,
Our hopes for the warmth,
Drifted with the sun,

It didn't last long,
A life should stand strong,

Your favorite flowers,
You planted last Autumn,
You wait for hours,
But they never sprout,
The springtime always stays away,
And nothing lasts long but the cooling grasp,

All those secrets,
The ones that hide just like you,
You won't keep them,
But you won't admit they're true,

Michael stood on a castle,
Waiting for the wind to make him feel alive,
Ashley stood silently underground,
As she watched for the sun to come inside,
Both of them waited for the longest time,
--Jordan Hoerth


MY EDUCATIONAL PATHWAY
In the beginning my education was unabridged, no restrictions on my age
No telling me you can’t do that in your grade
You may call it home school but I call it free school
Where learning was unlimited not held back by government rule
This fostered my love for knowledge
Put me in track for big dreams of college
But Mother was afraid because I was so naïve
Looking back she did this to help I believe
Because I was living outside of the real world
Unaware of my status as a young black girl
She made my world unfurl
When she transitioned me into a Private Christian Academy
But this position was really bad for me
Developed a problem with uniforms and Authority
The schoolwork was easy but the student’s friendliness was cheesy
Backstabbing while keeping the same sleazy smile on their face
Displaced anger, my bite of the real world left a nasty taste
Needed an anchor, found Eminem because I too felt out of place
My parents realized it too and they weren’t sure what to do
So I went to public school, their last choice
Greeted with ignorance and racism I lost my voice
I wanted to be who they thought I should be
Coach told me to be on the basketball team see
The token black girl was who I tried to be
Trying to conform into a mold that didn’t fit
After all my parents hard work to make me different
I threw it all to shit
Talked uneducated and loud
Ran with the wrong crowd
Even learned how to rap
But lying about my identity left me feeling like crap
Not being true to myself
Left me in a bad state of mental health
With my own identity being foreign to me
I had no place but to fly high to the clouds
Getting lifted allowed me to feel easy in my new crowds
No longer was I so tense
Gave me a fake sense of confidence
A sense of freedom because I did not care
Good grades with a blank face the teachers weren’t aware
Public school wasn’t working anymore I had to get out of there
The subjects were easy, in school I was advanced
But I was tired of trying to fill in someone else’s pants
I didn’t like the image I had created of myself, longing a second chance
I didn’t go to school to be judged on attitude but on whether or not I was smart
Then I found it Running Start
At Green River Community College
I forgot about social status and focused on knowledge
Learning at a fast pace, no more busy work
Picking classes I was interested in was just another perk
Made new friends, positive connections
Going to Running Start put me back in the right direction
Pulled me out of that sticky situation
No more brain cell devaluation
Now I know I am a nerd no more identity dislocation
Not ashamed of my proper English articulation
No more attempts at assimilation
No longer bothered by discrimination
At Green River Community College I regained my devotion to education
--Sarra Tekola

The Lightness of Things
On a quest one day
to be nowhere for no reason
I delighted in the light of things:
A solitary butterfly and an audacious dragonfly
drifting in a pool, of grey tufted grass and sage,
adorned with false dandelions and sage violets
Swallows cavorting freely on the shimmering air
occasionally locking claws and wheeling
A crow, like a glistening velvet scrap of the night sky,
soaring, surfing the canyon winds like an eagle
Flecks of silver on undulating strands of spider web
And in a gap high up on the crags
a tree bereft of leaves plucking
at the silken blue
On a quest to be nowhere
I delighted in the lightness of things.
If God loves us best
why do swallows have wings?
- Ajay Narayanan
April 30, 2011
Camp Delaney, WA.
Posted by Holman Librarian at Tuesday, April 17, 2012