"A grave injustice was done"


Across the country, citizens and immigrants are singled out based on ethnicity. Their travel is restricted, business licenses revoked, and bank accounts frozen. Eventually they are forced to leave behind their homes, businesses, and schools, and shipped to camps where they are imprisoned in harsh conditions and monitored for years--all without any legal proceedings or indeed, evidence of wrongdoing.

This is not the plot of a futuristic dystopian novel or Nazi Germany; instead, it is what followed upon United States President Franklin D. Roosevelt's signing of Executive Order 9066 on February 19, 1942, authorizing "mass forced removal and incarceration of all Japanese Americans on the West Coast" during World War II. The first Day of Remembrance to commemorate this injustice was held in Seattle in November 1978; today, Days of Remembrance are held annually around the United States near February 19.﻿ ﻿﻿﻿﻿﻿Finally, with the passing of the Civil Liberties Act of 1988, the government acknowledged its mistake and the "grave injustic" of its actions, but many held in the camps continue to live with the effects﻿ of their imprisonment and government-sanctioned discrimination. 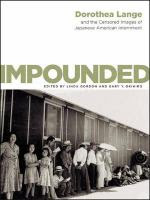